The Future of Influencer Campaigns 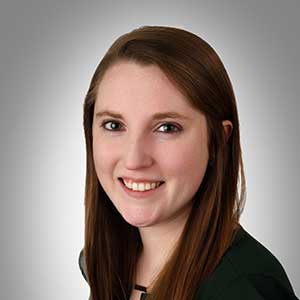 Thanks to influencer campaigns, it’s no secret that the title ‘influencer’ is on the rise. There are some who set out for that title while others simply fall into the role. Influencers are those that have an online presence and some degree of influence over their digital followers.

Since the start of influencer as a job title or status position became a thing, there has been debate over what makes someone an influencer. To some it’s simply having a large following and partnerships with brands. To others, it’s someone who is seen as a trusted and unbiased source of information. It could also be someone with a low number of followers, but the followers are actively engaged with the influencer’s content.

One of the earliest, and most popular, social media influencers to date is Josh Ostrovsky, more commonly known as “The Fat Jewish.” Rising to fame in 2013, The Fat Jewish became one of the first mega-successful online personalities and influencers. He started out as a source for irreverent jokes that provoked humor and backlash. Brands saw he was gaining the attention of thousands and reached out.

Now, almost ten years since he first started the account and five years since he reached fame, Ostrovsky is changing his tune. In a recent interview with CNN Tech, Ostrovsky claims that “online phenomenon that made him a tidy sum of money has nearly run its course. The end of the influencer age, he says, is nigh. The future lies in making real things for real people.”

Our opinion on the matter falls more in line with the thoughts of Kamiu Lee, the CEO of the influencer marketing agency Activate, who was also quoted in the article. Lee feels that influencer marketing is not dying, it’s changing. “The attention from brands has shifted to micro influencers.” Micro influencers are the people with 50,000 to 250,000 followers. Working with smaller groups allows brands to push out more authentic and specific messages.

We see the rise of micro influencers on the horizon. Gone are the days where people are looking for the next celebrity to promote their brand. The current theme for society is the demand for authenticity. We see the entire online space shifting to more open and clear policies and influencer campaigns are no different. Brands want to partner with individuals who share their lives with their followers; they want someone whose followers know they are being honest with their content. Nothing will ever beat word of mouth, micro influencers are just helping us bring that to the digital sphere.