And Then God Said, “Let There Be Chicken…” 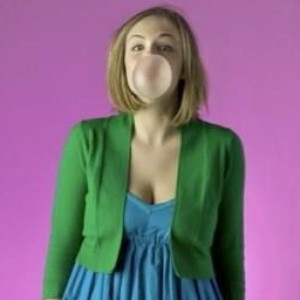 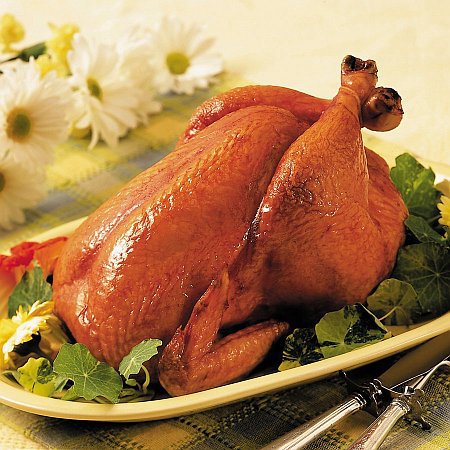 Who doesn’t love chicken? Everyone loves it, except for maybe vegetarians or people who are just generally miserable about life. But here at The Cyphers Agency, we couldn’t love chicken more. But it goes beyond our graphic designers eating some nuggets for an afternoon snack. We work with The National Chicken Council to promote… you guessed it… chicken!

While this partnership is anything but new, 2010 proved to be an extremely effective and extraordinary year in the life of this account. Adding social media into our mix over the past few years, we began the long journey down the road of social network promotion for this yummy food. And while we don’t mean to brag – okay, we mean to brag – we blasted this one out of the water.

Chicken is a unique ad animal (pun most definitely intended). Because of the nature of their brand, their goals are quite unique. Yes, they’d love to help boost the sales of chicken, but their primary objective is to increase awareness and get people to love it (which in turn gets people to buy it). This is our charge, and we are responsible day in and day out for encouraging conversations about chicken.

The National Chicken Council’s biggest challenge was two-fold: their old, outdated website in combination with their modest marketing dollars. Since people’s love for chicken spreads across the country, the NCC needed to reach a national audience on a not-so-national budget. We had to come up with a way to reach all the fans of chicken without breaking the piggy bank (don’t you just love all of my animal jokes here?). 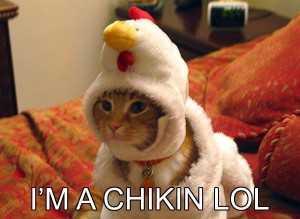 With this in mind, we helped the NCC create a cost-effective social media campaign that helped to get people talking about chicken. And trust me, there isn’t much more that people love to talk about than how much they love their food. So we got all close and cozy with chicken lovers where they were already spending time and interacting.

We used tactics such as low-budget Facebook ads to build an audience on Facebook and Twitter, and we reached out to online influencers to help us keep the conversation and content flowing. These social networking sites became hubs for all things chicken – funny videos, photos and polls along with recipes, cooking tips and gift card giveaways. And once we got a new, much more user-friendly website up for the National Chicken Council, we were able to leverage our awesomeness to drive traffic to the site.

Chicken For The Win!

While our awesome communities were soon teeming with all sorts of content, it all came back to one simple thing – folks just kept saying how much they freakin’ love chicken. We practiced what we preach about listening to our audience and developed the concept for a video contest around that very pledge of undying love.

In partnership with The National Chicken Council and El Pollo Loco, we challenged fans to prove how much they love chicken. A shiny new microsite housed all contest info – everything from rules to info about the fat cash prize to a page dedicated solely to entries. We were able to cut overhead costs by not using pricey software to run the contest and instead got our hands dirty, handling all the logistics in-house from tracking votes to answering questions to encouraging participants to get their friends and family to vote. Millions of impressions, thousands of votes and 34 unique video entries later, we’d generated serious online buzz for chicken and The National Chicken Council, as well as a ton of valuable user-generated content that we could use in the future.

The 2010 campaign helped grow our already fanatical following – we doubled Facebook likes (or fans, depending on what Facebook terminology you like to use). But we all know number of fans or followers doesn’t mean squat if there isn’t some serious interaction going on, fostering community and loyalty (yes, those might be annoying social media buzz words we hate to throw around but they are cliches for a reason). Gotta say, the level of engagement was intense during the contest, with voting giving everyone something to talk about. But even after the contest, we kept up the pace of fun, conversation-worthy content, so fans have kept on comin’ and keep on talkin’. 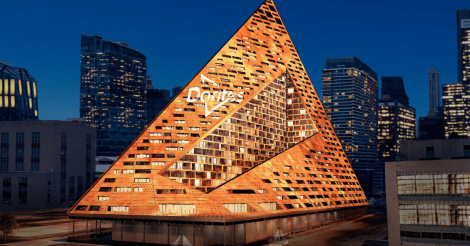 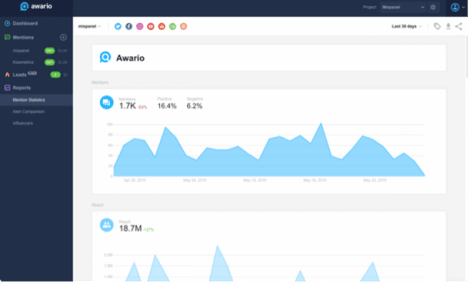