The Fuss Over Google+: Our Take 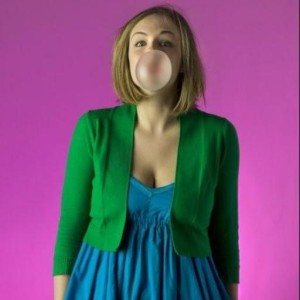 Here we are with a Google+ blog post – go ahead and call us bandwagoners. We’ve been paying close attention, and the fact is that Google’s new social network venture is being adopted at some pretty crazy rates. It reached 10 million users in 16 days.

Lots of folks have been blogging about the ins and outs and nuts and bolts of Google+. We’re not going to do that. We’re just going to show you this funny video that really sums it up, and then we’re going to let you know how we feel about it.

Plus Will Take Google From Utility to Experience

So is Google really going to take over the world and change social networking as we know it? We don’t know for sure yet. But as Vincent Wong points out, it really depends on what you mean by social. Google+ isn’t going to eliminate Facebook or Twitter – and that’s not really what Google wants to do. They don’t want to reinvent the wheel. They are trying to invent something new altogether – a collaborative, one-stop-shop online.

Until now, Google has been a utility. Just like Facebook is where most of us will go first to share something with friends, Google has become the number one place for our email, our search results, and our RSS. Productivity! But we get in and get out. Google also wants us to hang out and waste time like we do on Facebook. We’re not going to hang out in Google Docs more than we need to – what we want from our web experience is social. While Google has forayed into social before, now they are really aiming to deliver. By tying the collaborative and sharing features of Google+ in with all their other services and apps (including those still to come), Google just might stop being something you do on the Internet – it will BE your Internet.

The End Game For Google

So Google wants to be our one-stop-shop, but why? Well, because Google makes 96% of it’s revenue from advertising. The more we commit to Google+ and Google’s whole ecosystem, the better it is for their ad business.

For one, they’ll be able to gather a wealth of very specific information about us that they can deliver at a premium to advertisers looking to place highly targeted ads – everything from our interests to our Internet consumption habits. Secondly, the more time we spend looking at their apps, the more time we spend looking at their ads. If we jump on Google just for a quick search and move on, that was only a few seconds they had to get our attention. But if they can get us to spend as much time in Google+ as we do stalking our friends on Facebook, that’s HOURS a day that they can serve ads to us – and don’t kid yourself, you know that time estimate is true.

Google+ For Brands Will Be Very Strategic

While Facebook and Twitter were social start-ups that had to figure out how to monetize, Google has Internet advertising down pat. There won’t be any growing pains of trying to fit brands and advertisers into their existing infrastructure like the social giants had. What this means is that you can bet your lunch money that Google has a very strategic plan for how they are going to monetize Google+. You can also bet that they are going to rule Google+ with an iron fist while this all rolls out. Don’t even try to register as “FlyGirl87” – fake names aren’t going to do them any favors when they’re building a database of your habits.

And brands, you are no exception. Google has already shut down several business profiles, even ones that are using Google+ for innovative stuff like group videos chats on the air with TV anchors. The message is clear – Google has a plan for how brands will be allowed to use their service. Don’t you dare fight it!