And just like that April is over. In case researching the latest trends on social media hasn’t been a top priority for you with the 23,548 things you have to get done; here is a quick recap of what’s been happening in the social media marketing world over the past few weeks. 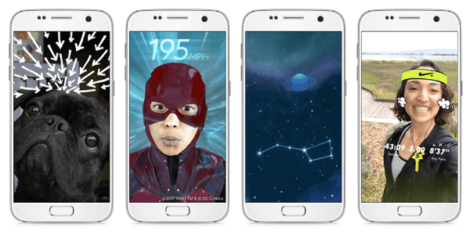 Facebook launched Camera Effects Platform: This new addition turns smartphone cameras into the first Augmented Reality platform, providing an opportunity for artists and developers to create effects for the Facebook camera that are more personal. Things like frames from their local sports team, advanced effects that help share their morning run stats, frames made by local artists to celebrate hometown pride, or “just for fun” frames from their creative friends. 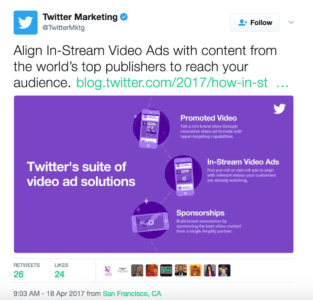 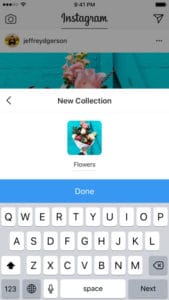 Instagram Announced New Way to Organize Saved Posts: Now, users can save posts into private collections by tapping and holding the bookmark icon underneath any post. You can find your collections on the saved posts tab on your profile. Just like all saved posts, your collections are private — only you can see them.

LinkedIn Adds Lead Gen Forms: This new solution helps drive even more high-quality leads from your Sponsored Content campaigns by removing the main barrier to mobile conversion: making someone complete a clunky contact form on a smartphone.  When members click on one of your ads, their LinkedIn profile information automatically populates an in-app form that they can submit instantly, without having to type in their info by hand.

Video Cover Images Could Be Coming to Facebook:  Users have noticed that Facebook’s testing out video cover images on some Pages. As you can see, the short video loops, like a GIF, and plays without sound (though there is a volume slider which appears at the right when you hover over the image). Facebook has confirmed the test, providing the following statement: “We recently started testing the ability on desktop to upload a video as the Page cover. Once a cover video has been created, video will render when people visit the Page. This feature is still in early testing, but we expect it to roll out more widely soon.”